MADE IN YOKOHAMA ~ History of Boston since 1965

More than 50 years of our journey to pursue authenticity

When Yokohama port was opened for foreigners in 1859, the city was already a booming centre for raw silk & cotton fabric trading. By absorbing the increasing influences of western culture that gradually crept into the port city, Yokohama quickly became a center for contemporary fashion in Japan.

Nourished by the excitement and exotic air of Yokohama, 'Boston Co.Ltd' was born in 1965 as a taylor of Men’s Formal Wear. The Company name was chosen because our founder Yoichi Yonezawa always carried his signature Boston bag to his daily sales meetings - with full of samples and new ideas - and " Mr.Boston " became his nickname by his clients.

Back then, Japan was still a poor country recovering from the aftermath of the second world war, and traveling abroad was a difficult dream of luxury for many. But young Yoichi had a dream - he wanted to create his own ‘truly authentic' uniforms, uniforms that was created with elegance, style, and a timeless grace. So he travelled to Europe to research gentleman's formal wears. From morning till night, he walked around various European towns, taking an enormous amount of photographs. He studied tailoring skills and paid attention to the prevailing trends in fashion and dressing techniques. On his return to Japan, he distilled the essence of what he’d learnt into his uniform designs. It was not about selling a product - It was about his passion to create an authentic style, with the best possible textiles in the work space. Year by year, his uniforms developed large number of supporters from many luxury Resorts and Hotels, high end Restaurants and Social Venues, beloved by gentlemen who could tell what is the true authenticity and style, and class.

Luxury comfort for all uniforms

As we continued our voyage to create truly authentic uniforms with high functionally and beautiful lines, we started receiving offers from many industries to create original uniforms. So we expanded our business to the wider range of the Hotels and Restaurant industry and beyond, adding new concepts and themes. Also we started to sell our catalogues as well, Then naturally .. Our first brand 'Bonuni' was born.

'Bon' means 'fantastic' in French. We wanted to express our wish to touch the heart of people through our uniform design.
Imagine, Uniforms with fantastic textiles and design, Plus so comfortable to work for hours .. We know that this combination greatly affects anyone who wears it, and it change the way how they respond to their guests. Elegant movements, sophisticated silhouette, and warm hospitality .. This is how you create an extraordinary expression to your guests.

The legacy of our founder Yoichi Yonezawa - His commitment and spirit he carried in his Boston bag - in a city where western dress were took the first root in Japan, is still strongly remain with us. His passion for ' Move forward with creative ideas ’ will be keep alive as Boston's Philosophy.
We will continue our journey to give you outstanding uniforms that not only sparkle the beauty, comfort and style, but also express top professionalism of anybody who wears them. 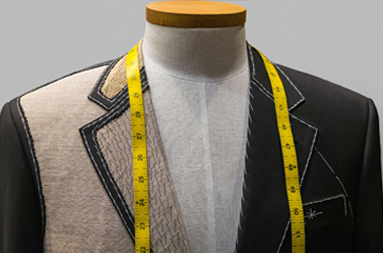